We are pleased to announce that several faculty (Drs. Borczuk, Mosquera, Imielinski and Ince) in the Department have received grants from the New York Genome Center, to address the role of ethnicity in several major cancer types.

The award-winning cancer research projects include:

Message from the Dean of WCM:

Congratulations to our partner NewYork-Presbyterian on its U.S. News & World Report “Best Hospitals” ranking as #4!  Please see the below announcement from Dr. Steven Corwin and Dr. Laura Forese on this wonderful accomplishment.

This national recognition highlights our academic medical center’s reputation as a leader in healthcare.  Together we will continue to offer the best, most compassionate care in New York City and beyond.

A code discovered in DNA packaging proteins enables the rapid expression of genes needed to fight immediate threats, a finding that may pave the way for new treatments for cancer and inflammatory diseases, according to a study by investigators at Weill Cornell Medicine.

A study published in Nature on July 22 found that when a chemical tag composed of a phosphate group is added to H3.3, one of the spool-like histone proteins that condense DNA and control access to genes, the cell’s gene expression machinery can quickly find the genes. 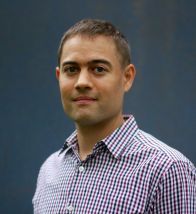 “The phosphate-tagged H3.3 histone flags the rapid-response genes,” said Dr. Steven Josefowicz, an assistant professor of pathology and laboratory medicine at Weill Cornell Medicine. “It brings the machinery necessary for gene expression to that part of the genome and prioritizes the expression of the genes needed to fight the pathogen.”

Scientists have long known that cells can activate a small set of “rapid-response” genes to fight immediate threats like pathogens. But with so many genes stored in such a tiny package (the micron-scale nucleus), researchers have sought how signals can turn on select genes quickly and to high levels. Dr. Josefowicz’s team and collaborators had a hunch that a hidden code in histones played a key role in rapid gene expression.

That hunch proved correct when they discovered that immune cell exposure to a pathogen led to a chemical change in those cells’ histones, and only at the genes that are turned on rapidly after a stimulus. That chemical change was the addition of a phosphate group to H3.3 histones, in a process known as phosphorylation.